by vanessaalexandra on July 18, 2013 with Comments Off on Comment on the self assessed valuation comments angel investors, capital raise, early stage, Entrepreneur

In reviewing companies many months ago I found an unusual trend in which the pre-money valuation mode was $5M.  At the time, it seemed it was the default expression of having a startup.

“I have a startup in …. and it’s social… there’s BIG DATA…. we have MBAs…. I have never worked at nor had a startup…. Pre-Money Valuation is $5M…. there are NO competitors…. and so on…”  It was an alternate universe feeling where everything is slightly upside down and it is somehow acceptable because enough people said it.  Though not the people I worked with, just people.
How could I help people see that they needed to work harder in their self-assessment?  Particularly when they did not have a tech co-founder or anyone that knew anything about product?  I spoke with a colleague and he brilliantly expressed that if one of these companies that had a $5M pre and 3 people had been working on the company full-time for six months, that is a total of 18 months of working man hours.  Do they mean to tell me that they have built something that is worth $5M in 18 months?  For most of the companies in the mode, the answer was no.  It was to the point and clear.
Valuation is tricky and there are many posts to explore, presentations and much to learn.  I will provide references here over time.  To begin, here is a deck from the New York Angels Education Meetup Valuation Workshop. 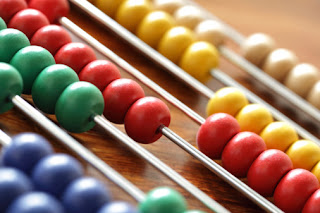 Working with a wonderful group of angel investors, my cultural education of ...

What to Look for in a Startup Company

Time and Energy for your Startup

The number of pitch and startup events has exploded in New York.  It used ...

NYTM  Just go.  New innovations and startups are fun.  This was one of the ...

Your application for funding: Do’s and Don’ts

Your application for funding is a first impression to investors who have ...